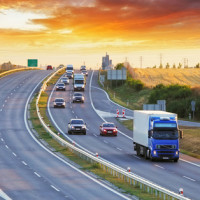 A bill introduced by Wisconsin congressman Rep. Reid Ribble would change the federal weight limit for large trucks, from the current limit of 80,000 lbs. up to 91,000 lbs. for trucks that install a sixth axle. While members of the trucking industry and a number of industries heavily affected by transportation costs are in support of the change, some safety experts claim that the change could prove unsafe and that additional research needs to be done prior to increasing weight limits.

The bill, known as the Safe, Flexible, and Efficient (SAFE) Trucking Act, would not mandate all states to change their large truck weight limits, but would instead give states the option to increase the maximum allowable weight for trucks traveling on their interstate highway system if the trucks install a sixth axle. The additional axle would distribute the added weight of the truck in such a way that the strain on bridges and other components of highway infrastructure would not be increased, according to Rep. Ribble. One study has found that, despite the additional weight, the added axle also decreases the stopping distance of the trucks. Produce companies and beer manufacturers are particularly strong proponents of the change, as both types of companies incur additional transportation costs when they are forced to put partially-full trucks on the road as a result of current weight restrictions. The change would also reduce fuel costs and potentially result in a reduction of large truck traffic.

The current state of research on the safety of a weight increase, however, is not settled and leans toward a finding that the change could be dangerous. The US Department of Transportation (DOT) conducted a study examining the safety statistics and crash rates of large trucks in states where the weight limit is 91,000 rather than 80,000 lbs. The study found that, in states that permitted the six-axle configuration for tractor-trailers, truck accident crash rates increased by up to 47%, and the additional weight created much greater crash forces. The six-axle trucks also had a significantly higher number of brake violations when subject to inspection. Overall, the DOT concluded that, based on currently available data, it was impossible to make conclusive findings on the safety of these heavier vehicles, which makes a change to national laws feel premature, at best.

If you have been injured in an accident with a large truck or semi, contact the knowledgeable truck accident attorneys at Basch & Keegan for a free consultation on your possible lawsuit, at (845) 251-4545.