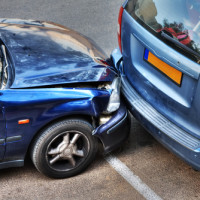 If you’ve been in a serious accident, you’ll want to be well-prepared when it comes time to make a claim with your insurer or, if the accident was sufficiently serious, in court. The best way to present a strong claim is by making sure that you have as much evidence as possible to turn over to the insurance company or to your attorney. We’ve put together some guidelines below on how to collect evidence immediately after an accident.

Take Photos at the Scene of the Accident

Everyone has a camera on their phone, and you’ll want to use it immediately after a crash after you’ve ensured that everyone is physically ok. Take photos of the damage to both cars. Document the position of the cars from several different angles, as it can be tricky to tell which angle will best document the accident and show who was at fault. Also, try to document the viewpoint of the other driver and their viewpoint from where they were located when they could have avoided the accident if the driver claims that your car wasn’t visible before the crash. Document where the cars were in relation to any stop signs or lights, and take photos of any skid marks on the road to show when cars started to brake.

Speak to Any Bystanders, and Obtain Their Contact Information

Not only is it wise to exchange contact information with the other driver in an accident, but it’s also a legal requirement in New York. Make sure to get the other driver’s license number, insurance, and registration information. If anyone appears to be standing nearby who saw the accident, try to get their contact information as well, as an eyewitness report can be extremely useful at trial. While it can be hard to react quickly after you’ve just been in an accident if the driver starts to drive away after a crash, try to take a photo of the car’s license plate. That way, the police will have an easier time tracking down the driver later.

Ensure That a Police Report Is Made, and Obtain a Copy

Gathering evidence immediately after an accident will make it much simpler to later prove your version of events. Hiring an attorney who will zealously represent your interests and who knows how to best utilize that evidence and conduct an even more in-depth factual investigation, will make it even easier. Contact the experienced Hudson Valley lawyers at Basch & Keegan in Kingston for a free consultation on your car accident claim, at (845) 251-4545.